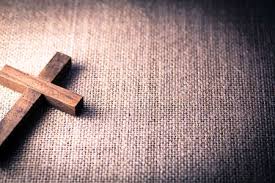 Father, eternal in the heavens, thank you for the blessing of this day that has now drawn to an end. I know that you have walked with me through this day, guiding my steps on the path of faith. Where my walk was challenging, I know your strength kept me sure. Where there was joy, I know you were the source. Thank you. Now, Blessed One, keep me safe from all harm this night and renew my heart, spirit, and body. Whichever dawn I awaken to, may my eyes see clearly and my lips declare your praise. I. The name of your Son, Jesus, I pray. Amen.

12 Restore to me the joy of your salvation,
and uphold me with a willing spirit.

13 Then I will teach transgressors your ways,
and sinners will return to you.
14 Deliver me from bloodguiltiness, O God,
O God of my salvation,
and my tongue will sing aloud of your righteousness.
15 O Lord, open my lips,
and my mouth will declare your praise.
16 For you will not delight in sacrifice, or I would give it;
you will not be pleased with a burnt offering.
17 The sacrifices of God are a broken spirit;
a broken and contrite heart, O God, you will not despise.

12 And the Lord sent Nathan to David. He came to him and said to him, “There were two men in a certain city, the one rich and the other poor. 2 The rich man had very many flocks and herds, 3 but the poor man had nothing but one little ewe lamb, which he had bought. And he brought it up, and it grew up with him and with his children. It used to eat of his morsel and drink from his cup and lie in his arms, and it was like a daughter to him. 4 Now there came a traveler to the rich man, and he was unwilling to take one of his own flock or herd to prepare for the guest who had come to him, but he took the poor man’s lamb and prepared it for the man who had come to him.” 5 Then David’s anger was greatly kindled against the man, and he said to Nathan, “As the Lordlives, the man who has done this deserves to die, 6 and he shall restore the lamb fourfold, because he did this thing, and because he had no pity.”

7 Nathan said to David, “You are the man! Thus says the Lord, the God of Israel, ‘I anointed you king over Israel, and I delivered you out of the hand of Saul.

10 Now therefore the sword shall never depart from your house, because you have despised me and have taken the wife of Uriah the Hittite to be your wife.’ 11 Thus says the Lord, ‘Behold, I will raise up evil against you out of your own house. And I will take your wives before your eyes and give them to your neighbor, and he shall lie with your wives in the sight of this sun. 12 For you did it secretly, but I will do this thing before all Israel and before the sun.’” 13 David said to Nathan, “I have sinned against the Lord.” And Nathan said to David, “The Lord also has put away your sin; you shall not die. 14 Nevertheless, because by this deed you have utterly scorned the Lord, the child who is born to you shall die.” 15 Then Nathan went to his house.

And the Lord afflicted the child that Uriah’s wife bore to David, and he became sick. 16 David therefore sought God on behalf of the child. And David fasted and went in and lay all night on the ground. 17 And the elders of his house stood beside him, to raise him from the ground, but he would not, nor did he eat food with them.

What a storm David had unleashed! When he first glimpsed Bathsheba, he probably didn’t anticipate the turbulent seas that would erupt around him. But as the days and weeks progressed, the consequences of his sin grew, and David ended up in over his head. First, he committed adultery and took Bathsheba to live as his wife, betraying her marriage. Then, he compounded the sin by trying to deceive Uriah. When that didn’t work, he arranged for Uriah to be killed in battle.

After all this, God sent his prophet Nathan to David. God’s words, spoken through Nathan, cut through David’s foggy conscience and let him to repentance. Yes, there were serious consequences to David’s actions. Yes, many people were hurt. Yes, it probably took a long time for healing. But God did forgive David. No matter how terrible the situation, God didn’t turn his back on him.

We may find ourselves in our own tempest. Our sin may seem so overpowering, and its consequences may make us feel trapped. Maybe we have hurt people and can’t find a way out. Maybe we have compounded the matter with lies and evasions. But just as Jesus spoke words to calm the storm and just as God spoke to David through Nathan, he speaks to us. He wants us to turn to him. He promises that he will forgive us. His mercy is available to us, even when there is significant fallout from our actions. Perhaps it will take a while for relationships to heal or trust to be regained. But God will give us the grace to see it through.

If you are in a tough situation, why not bring it to the Lord? Repentance is crucial to find forgiveness: God’s mercy and grace. You must acknowledge what you have done and when you do, you will receive his mercy and he will remember your sin no more.

Lord, sometimes I feel as if I’m in a boat being swamped by violent waves. Bring stillness to my troubled heart and restore me. Jesus, I believe in your mercy. Help my unbelief. Amen.